Recently there was a video released at a trial in Pennsylvania where two troopers were trying to arrest a suspect and he resisted.  The suspect ended up shooting both of the officers and then fled the scene.  Luckily they survived.  How does this happen?  According to a 2014 study, 83% of officers who are killed in the line of duty die conducting self-initiated activity in or around vehicles.  That is an alarming statistic as I can tell you from personal experience that 83% of our training is not from a vehicle.  So what can a law enforcement officer or civilian do? I include civilians since aggravated assaults and robberies also are around vehicles.

My guest is William Petty from Centrifuge Training.  William specializes in teaching close quarter vehicle tactics and his program is a data driven exercise in what works and what doesn’t when in a gunfight around a car.

William and I discuss the Pennsylvania shooting with his takeaways on tactics that would have helped the troopers as well as another shooting of cops in Sacramento.  William also gives away a list of actionable ideas you can implement into your arsenal and ways for you to win in a vehicle gunfight.

Bruce Gray - Shooting with No Emotion 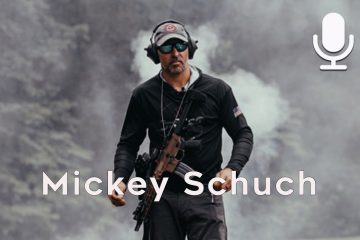